Barcelona president Joan Laporta did not want Lionel Messi to stay at Barcelona, ​​with the club chief furious at the mess he was left with in Catalonia, a body language expert claimed after Friday’s press conference.

Laporta, 59, made his first public appearance since Barcelona made a sensational announcement that superstar Messi will not be staying at the club next season as Barca’s financial situation precludes them from keeping the Argentinian.

The Barcelona president took the hot seat earlier this year, following the dismal reign of Josep Bartomeu and promised fans he would do everything possible to keep Messi on board for the foreseeable future. 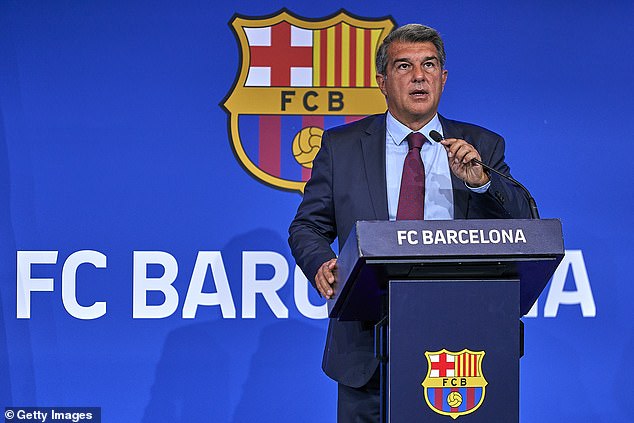 Still, Messi – whose contract expired last month – is leaving for free, with a desperate Laporta telling fans today the plan was for the club to allow the Argentine to walk away for free in two years. , but the club’s financial constraints made this strategy impossible.

And expert in body language Darren stanton analyzed Laporta’s non-verbal behavior at Friday’s press conference and claims the Barcelona boss’s nervous tics reveal a whole host of issues behind the scenes at the LaLiga club.

“The first behavior that caught my attention was that he swayed a lot from side to side,” he told Sportsmail. “Now this could be due to one of two things: either he’s not used to speaking to the media, which is unlikely, or, secondly, he’s very uncomfortable. in its position. 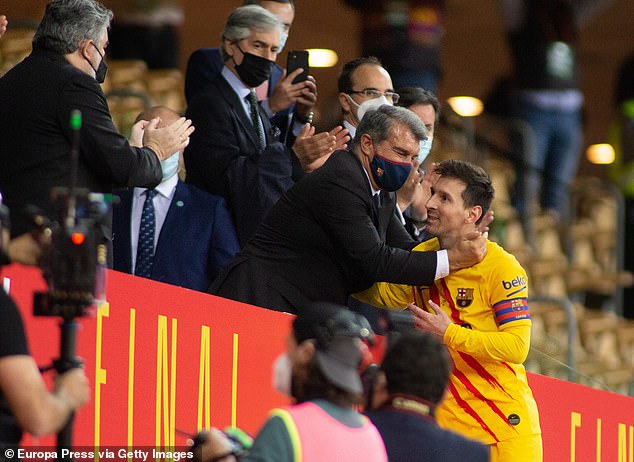 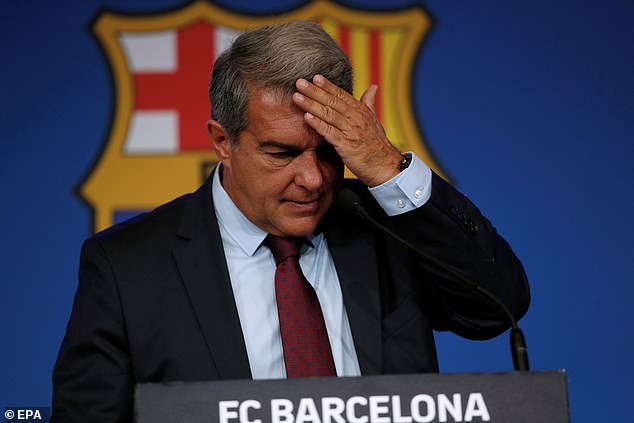 “People tend to get a little more animated when they’re uncomfortable, so standing side to side on each foot is what we call a red flag.”

Stanton has revealed that while Laporta insisted the club wanted Messi to stay for another two years, his non-verbal reaction demonstrated that he didn’t actually want the club’s talisman to stay.

“When he says the intention was two more years, I don’t believe that’s true because he automatically takes a deep breath and swallows a big sip,” Stanton revealed. “It’s an unconscious reflex when we lie, so I don’t think they wanted two more years to go.”

Laporta has expressed his anger at the “criminal” decisions taken by his predecessor, Bartomeu, but Stanton believes there are other details about Barca’s turmoil to come out of the shadows. 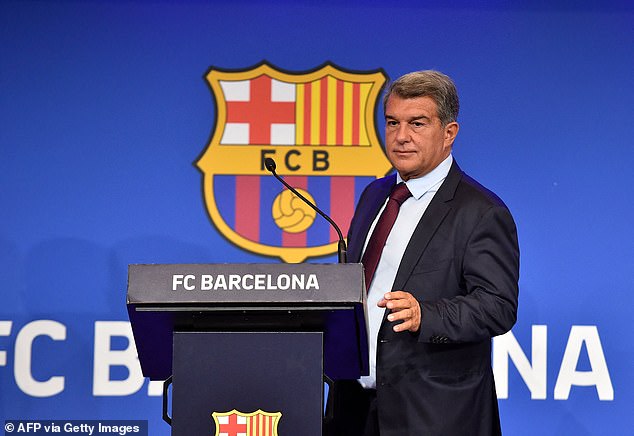 Stanton called Laporta an ‘open book’ and noted that he was uncomfortable throughout. 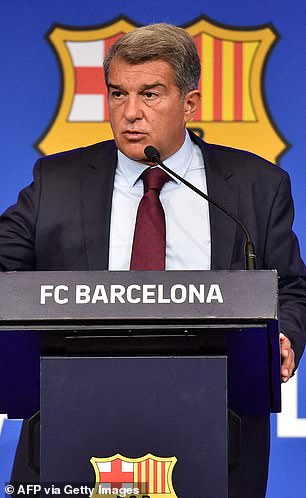 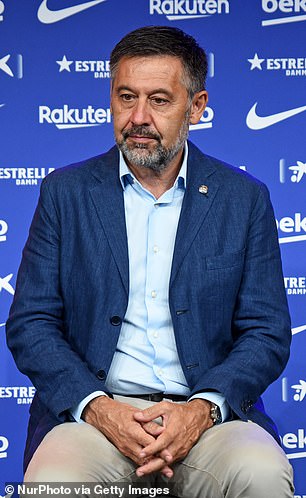 “Regardless of cultural differences, even though they spoke in Spanish, the non-verbal behavior is exactly the same as around the world,” he added, explaining that the seven basic human expressions are: happiness, sadness, anger, fear, surprise, contempt and disgust.

“There was a time when he was asked if the decision could be overturned for him [Messi] to stay at the club, and there is a big display of the micro expression of disgust.

“It is almost as if he is extremely fed up and angry that the club has been put in this position or is facing the media in this way.

“I think, reading between the lines, that there is a lot more to this situation than just purely economic and this is confirmed by Laporta’s facial expressions,” Stanton said. 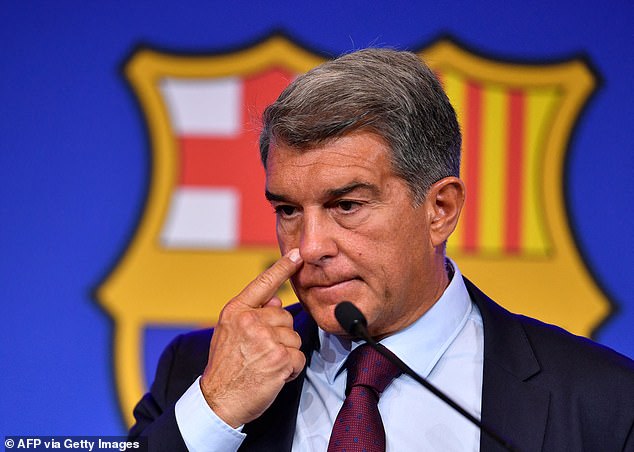 “He did what we call a hand-to-mouth gesture, where every now and then he’ll check his nose – it’s a gesture of self-reassurance, almost a hug because he’s so sore. comfortable answering questions – because he knows inside that there is much more to the story.

Stanton stressed that Laporta was honest in his assessment of Barcelona’s financial crisis and that he was not misleading Spanish fans and media about the club’s economic situation, while the constant movement of his shoulders suggested that Laporta didn’t know how to save the club. from the abyss.

“What we’re looking for is a change of emotion,” he said. “I have seen so many times when he has shrugged bilaterally, that is when someone shrugs their shoulders in response ‘I don’t know’. 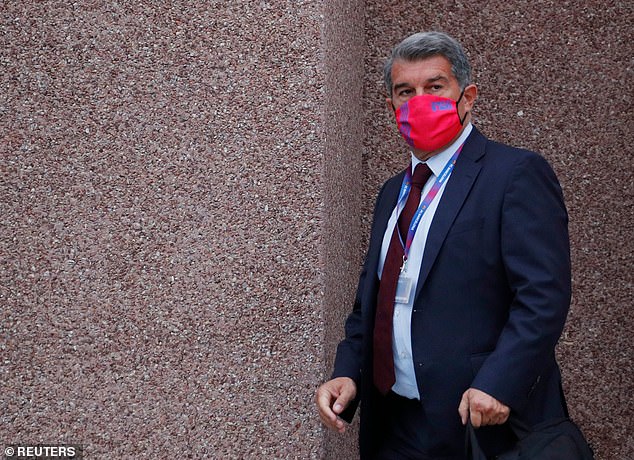 “It indicates that someone is not happy with the situation they have been placed in and that they are uncomfortable. I noticed he was drinking a lot of water to calm himself down.

The body language expert called Laporta an “open book” and Friday’s press conference showed that a club president was unhappy that he had been placed in a difficult position following the development of the bomb.

“Overall, he was a man who was able to be the link between the club’s decision and the media information. It couldn’t be an easy time for him.

“It was a lot more rigorous and longer than the other press conferences we’re used to and it got blasted by the Spanish media.”